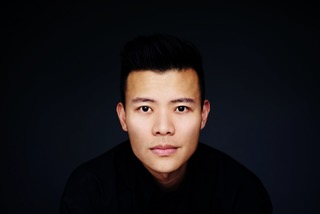 Please join us for the “The Arts at Messiah ~ Joseph Pramberger Memorial Concert” featuring David Fung.

Praised for his “ravishing and simply gorgeous” performances in The Washington Post, pianist David Fung is widely recognized for interpretations that are elegant and refined, yet intensely poetic and uncommonly expressive. This solo recital will feature works by Mozart, Mompou, Rachmaninov, Ravel, and Scarlatti.

There is no admission charge to the recital, and no reservations or tickets are needed. Donations gladly accepted to help defray costs. For more information, please call (912) 598-1188 weekday mornings.

In July 2016, Mr. Fung’s highly acclaimed debut with the Cleveland Orchestra at the Blossom Music Festival was “everything you could wish for” (Cleveland Classical), and he was further praised as an “agile and alert interpreter of Mozart’s crystalline note-spinning” (The Plain Dealer). In the following week, he performed Rachmaninov’s Rhapsody on a Theme of Paganini at the Beijing National Stadium for their Olympic Summer Festival.

In recent seasons, he has performed at the Kennedy Center, Lincoln Center, Carnegie Hall’s Weill Hall, the Louvre Museum, the Palais des Beaux-Arts in Brussels, the National Concert Hall in Taiwan, and the Zürich Tonhalle, and he gave a recital tour in China at all the major venues including the Beijing Concert Hall, Shanghai Oriental Art Center, Guangzhou Opera House, and the Tianjin Grand Theater.

Mr. Fung is the first piano graduate of the prestigious Colburn Conservatory in Los Angeles. He also studied at the Hannover Hochschule für Musik and the Yale School of Music. Mr. Fung is on faculty at the University of Georgia and is a Steinway Artist.

We look forward to this inspiring evening of music! 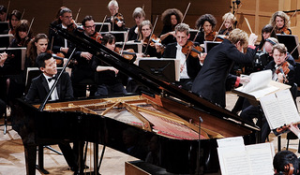